Have you ever failed hard at something? With an audience. Of a couple million people. No? Well, Lithuanian weightlifter Aurimas Didžbalis knows the feeling after Saturday’s Olympic Games.

My friend and I were stuffing our faces with pizza as we watched him step up to the barbell, loaded with a whopping 491 pounds of weight, and wrap his chalky fingers around the metal. The audience collectively leaned forward, in that stadium and around the world. Even I paused my bite into a cheesy slice. Then, his face tightened. His muscles flexed. His entire body bulged with the strain of almost FIVE HUNDRED pounds of weight! Aaaand he dropped it.

I’m sure half the world reacted like my friends and I, cringing and letting out ohhh’s and aww’s. But then, Didžbalis did something unexpected. He celebrated!

After failing to earn a silver medal in the most prestigious athletic competition, he stepped back from his dropped weights, leapt into a flawless backflip and yelled at the top of his lungs, pulling at his shirt to proudly display his country’s name. And with that action, Didžbalis made a statement that echoed around the globe: celebrate your victories.

Because guess what? This man is still returning home with a bronze Olympic medal. He still competed with the strongest men alive and proved himself worthy. He still saw the culmination of thousands of hours of relentless training. That’s worth celebrating.

I wish we saw more of this attitude at the Olympics. It’s so sad to watch dejected athletes leave the stadium, eyes glued to the ground. Even after they’ve accomplished a mind-blowing physical feat, I see young competitors focusing on their shortcomings, how they didn’t measure up to someone else by .02 seconds. Well, back-flipping Didžbalis was determined to celebrate, no matter the color of his metal. He chose to leave victorious, regardless of his shortcoming.

We need more of this outlook in the Olympics and in our daily lives. Forget focusing on the ways you aren’t perfect. Stop dwelling on your downfalls. Instead,  leap with joy at every success. Celebrate your victories!

3 thoughts on “This Olympian Just Made Failure Look Good” 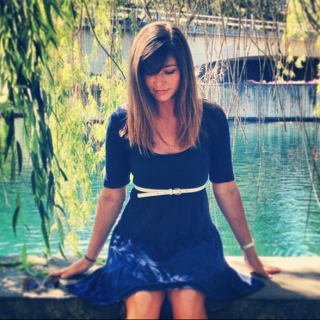 Hey, I'm Brianna! I'm a creatively inclined, travel loving health enthusiast who also enjoys writing the occasional poem or a guide on how to properly sing in the shower.